Kriti Social Initiatives has been working for the past ten years in the slums in Film Nagar in Hyderabad. We primarily implement projects to provide skills training for women and improve education for children, both through government schools and low-income private schools.

Within a few days of the lockdown’s implementation, we realized that people in the slums would need income support over the next few months. Most families are living with precariously few savings. No income for 3-4 weeks would tip the family from a situation of making ends meet to hunger and despair. The relief work had to be done while maintaining our own safety and that of our community workers and volunteers. We launched Project Karuna on 28th March 2020. Volunteers from Microsoft helped us develop the fundraising campaign with the logo “Hunger hits harder than a virus”. The fundraising campaign was launched on Ketto platform and was successful in meeting the fundraising goals.

Dry rations such as 2 kg aata, 3 kg rice, 1 litre oil, 1 kg sugar, haldi powder, mirchi powder, salt and soap were made into packs. The dry ration was sourced from wholesalers in Begum Bazaar, Hyderabad. In the later stage, groceries were also sourced from DMart. NGOs such as Safa Society and Gland Pharma CSR initiative also provided us with some bulk ration support.

We set up a repacking centre in Deepak Edla’s kitchen – a restaurant in Gachibowli close to Kriti Trustee, Sreelata Chebrol’s home. Six people worked on this endeavour and spent 2-3 hours a day each at the centre. 150-200 packs per day were being packed comfortably.

The distribution of ration was done directly by Himani Gupta, Trustee of Kriti along with a group of volunteers who lived near-by and whose support was crucial. Kriti staff living in the area also pitched in whole-heartedly. In the initial phase, we distributed inside the slums by working with the community leaders to make a list of beneficiary households. Once the lists were developed, we informed the people about the date of distribution and brought the ration kits to the slum close to their homes and distributed the rations in small groups. Over 1500 families in MGN Nagar slum, Basavataraka Nagar, Ambedkar Nagar, BJR Nagar were covered in this manner. For some slums, our community workers and other volunteers made lists of very vulnerable households and collected the household information such as name, Aadhaar number and phone number. We then issued SMS tokens to the households and asked them to come and pick up ration in an orderly manner from a place close to their homes. We covered over 2000 families in this manner and also covered slums as far as Sanath Nagar and Masjid Banda, but most of the families were in Sheikpet / Tolichowki area.

In the later phase of the program, we focused only on migrant workers. We set up a distribution point at Lead Grammar High School in Sheikpet. There every alternate morning at 6:00 am, we conducted a camp to initially collect Aadhaar cards of migrant workers staying in nearby slums. Once we received the Aadhaar cards, we cross-checked the data at the office to ensure that they are from out of state and also that they have not received ration from Kriti recently. We then sent them SMS tokens for the following day and informed them to collect rations. This process helped us to cover a large number of families in a very efficient manner. We also tried another tactic – we tied up with a local Kirana store to identify migrant workers and issue them ration worth Rs 500. He would collect their Aadhaar card and phone number, and the background of the beneficiary would be verified through phone calls by our volunteers.

Through all these distribution tactics, we ensured that the ration support reached the beneficiaries directly while still maintaining social distancing norms. Over 4500 dry ration packs were distributed. After the lockdown was lifted, we assisted the migrant workers who were trying to go back to their homes and provided food packs to the Police at the railway stations for the journey. We have also supported some other vulnerable groups – field activators of ​ Hyderabad Leprosy Control And Health Society, an NGO working with sex workers in HIV/AIDS prevention in Hyderabad; Shri Vidhya’s Center for the Special Children in Secunderabad and the wood-carving artisans in villages outside of Srikalahasti in AP. The ration distribution activity under Project Karuna was completed by June 2020. As part of our efforts, we also distributed masks (made at Kriti centres) along with the ration. Further efforts are towards skills building and livelihood generation for our beneficiaries.

Project Karuna was a colossal volunteer-driven initiative by Kriti, and we are deeply grateful to all the people who contributed, both financially and with their time and support. 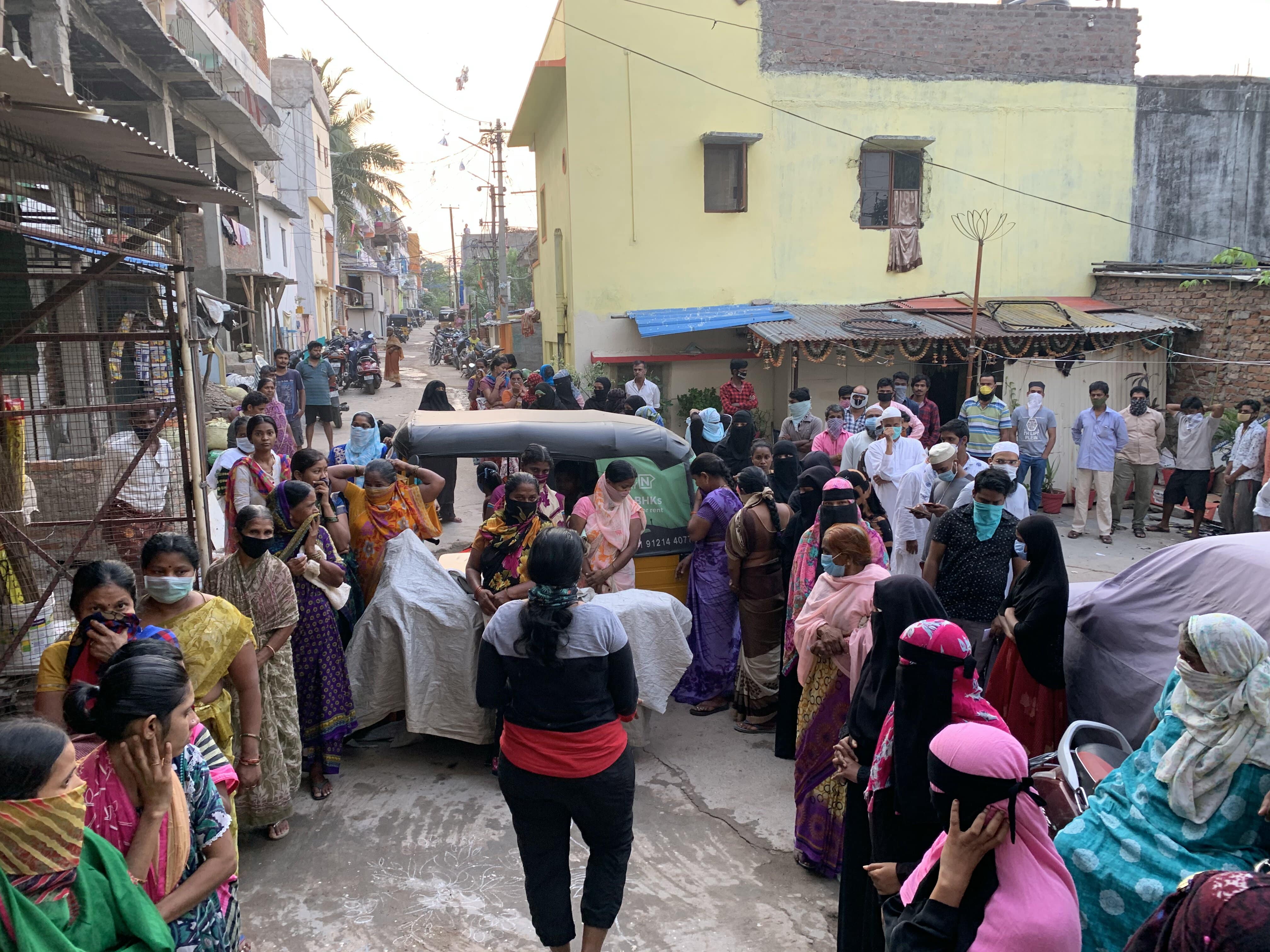 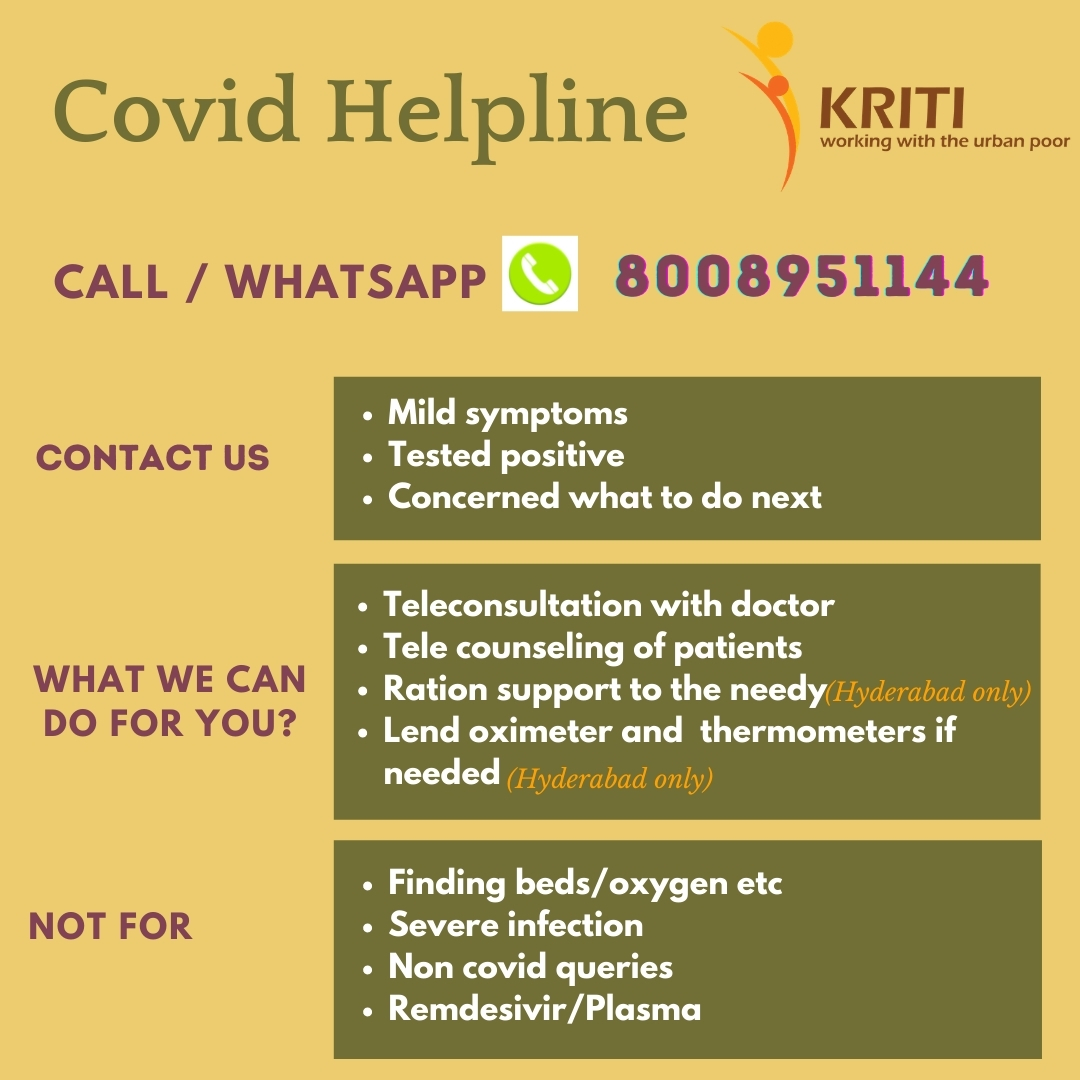 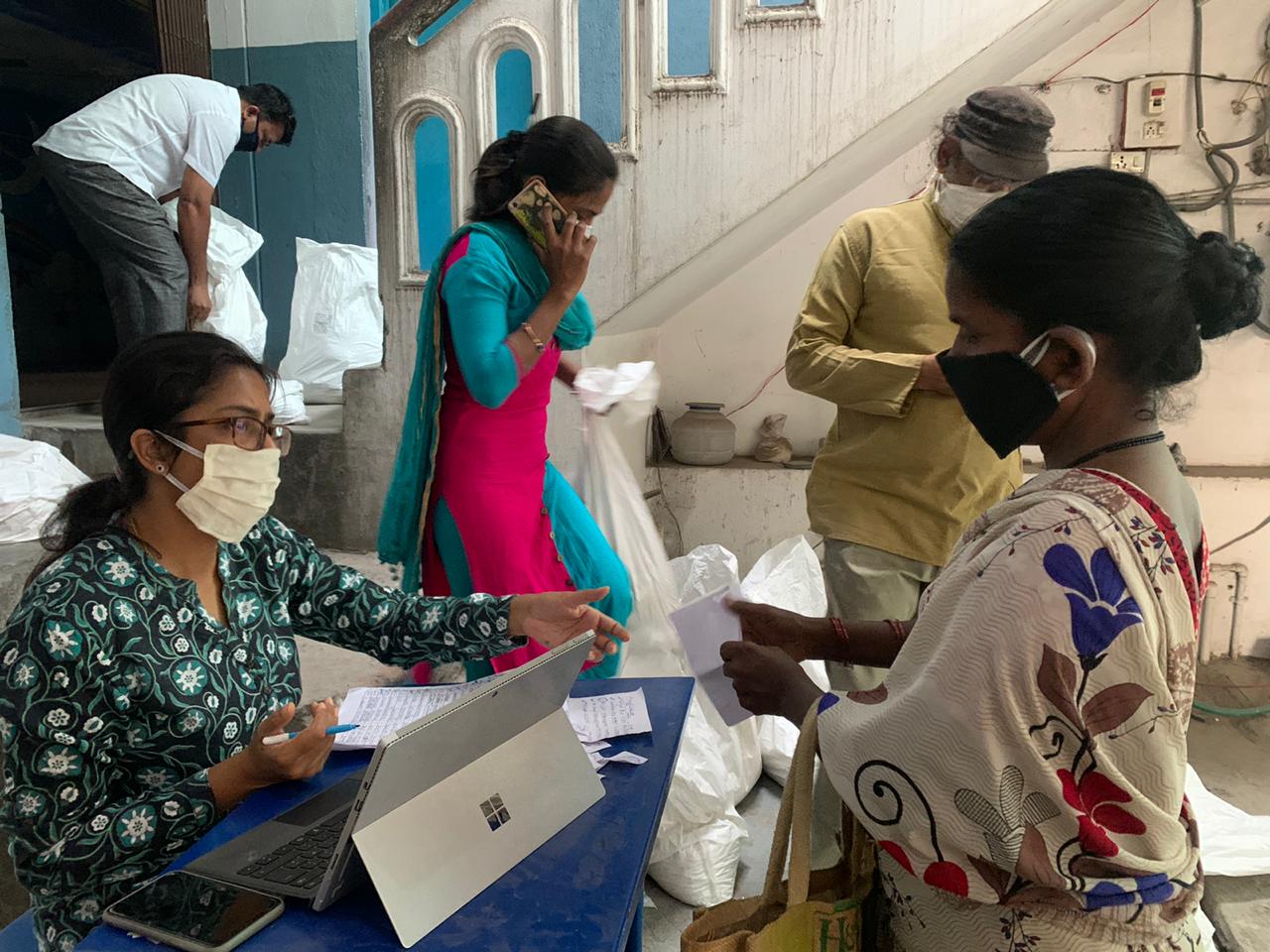 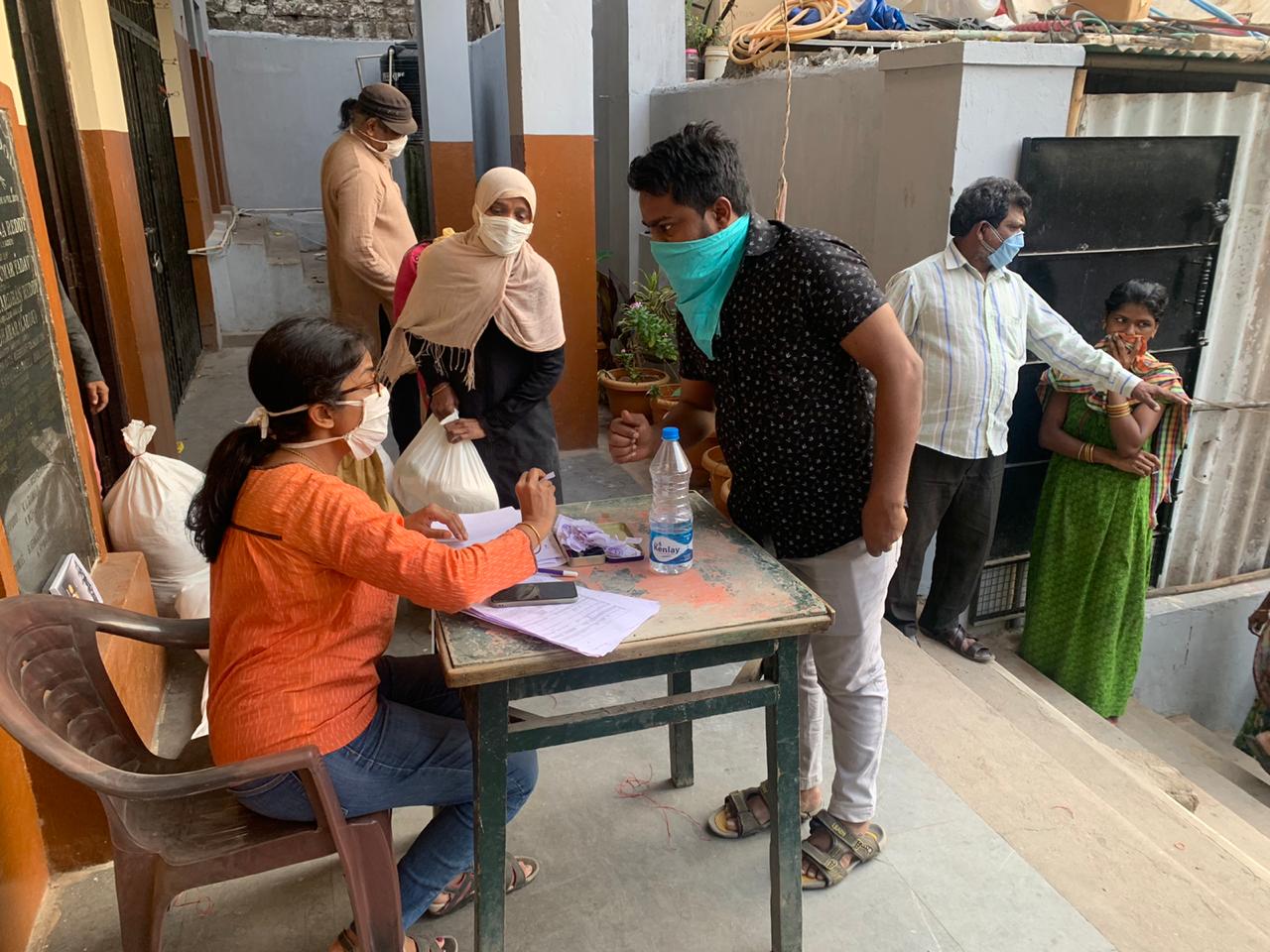