Kriti Social Initiatives started this initiative to enable parents and school children to get back to school after the COVID pandemic. A survey of HMs and parents of private and Government schools was conducted and we realized that education was taking a backseat as parents began to cope with the effect of the lockdown. In order to get the children back to school, the parents of slum areas were found not even able to afford notebooks for their school going children. The reason for an intervention became more important after online classes were introduced and many children were unable to attend the same.

This project began as an intervention to inspire children to get back to education by giving them free notebooks. Kriti organized a notebooks distribution drive in schools that it is supporting within the Shaikpet Mandal. The program targeted both Government and Private schools and covered over 6000 children in these schools. Within the government schools, there are 12 primary schools and 5 high schools and in Private schools, there are 6 schools that had both primary and high school children.

The notebooks configuration changed between primary and high school children based on their curriculum. For primary school children, a set of 10 to 14 notebooks consisting of different types such as Broad rule, double rule, square rule, etc, were given. For high Schools students, a set of 10-15 long plain notebooks were given as per school administrators request. Overall, a total of 3500 children from primary schools and 2400 children from high schools were the direct beneficiaries. In addition, around 1000 students from some of the government primary schools were also given school bags.

Stationery Kit for High School Students: A special drive to give stationery kits for 2000 high school students was conducted when an enterprising trio of students came forward to raise funds for the same. The kit consisted of an exam pad, a scale and a geometry box to each child to keep up their motivation levels. This distribution occurred in the months of October and November.

These activities enabled the school managements (both government and private) to be in touch with children and their parents continuously. Parents also paid the fees in private schools thus enabling the private schools to run. Government teachers were also back to attend schools and got the contact details of the children to form WhatsApp groups for online classes. 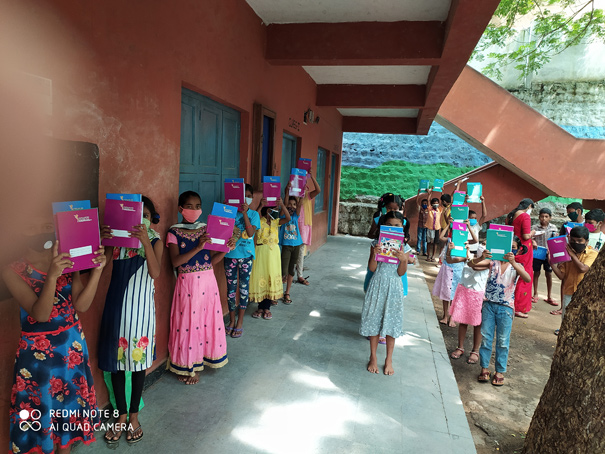 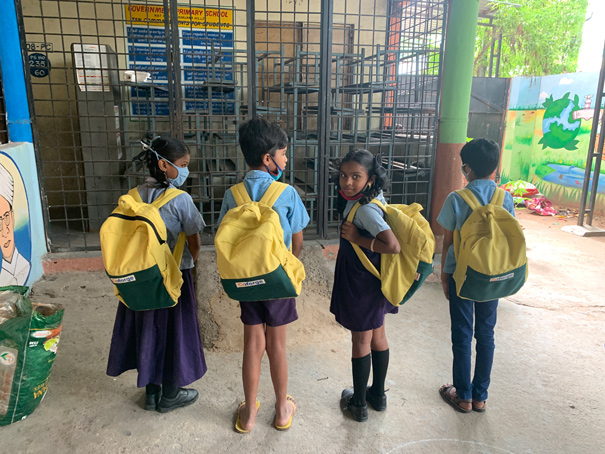 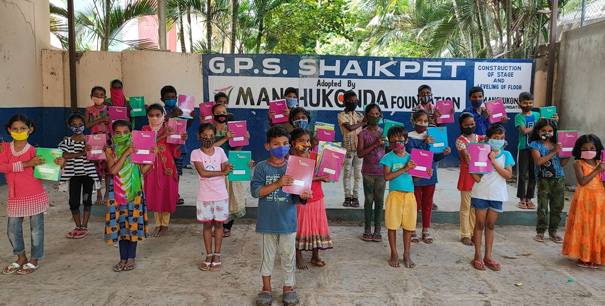 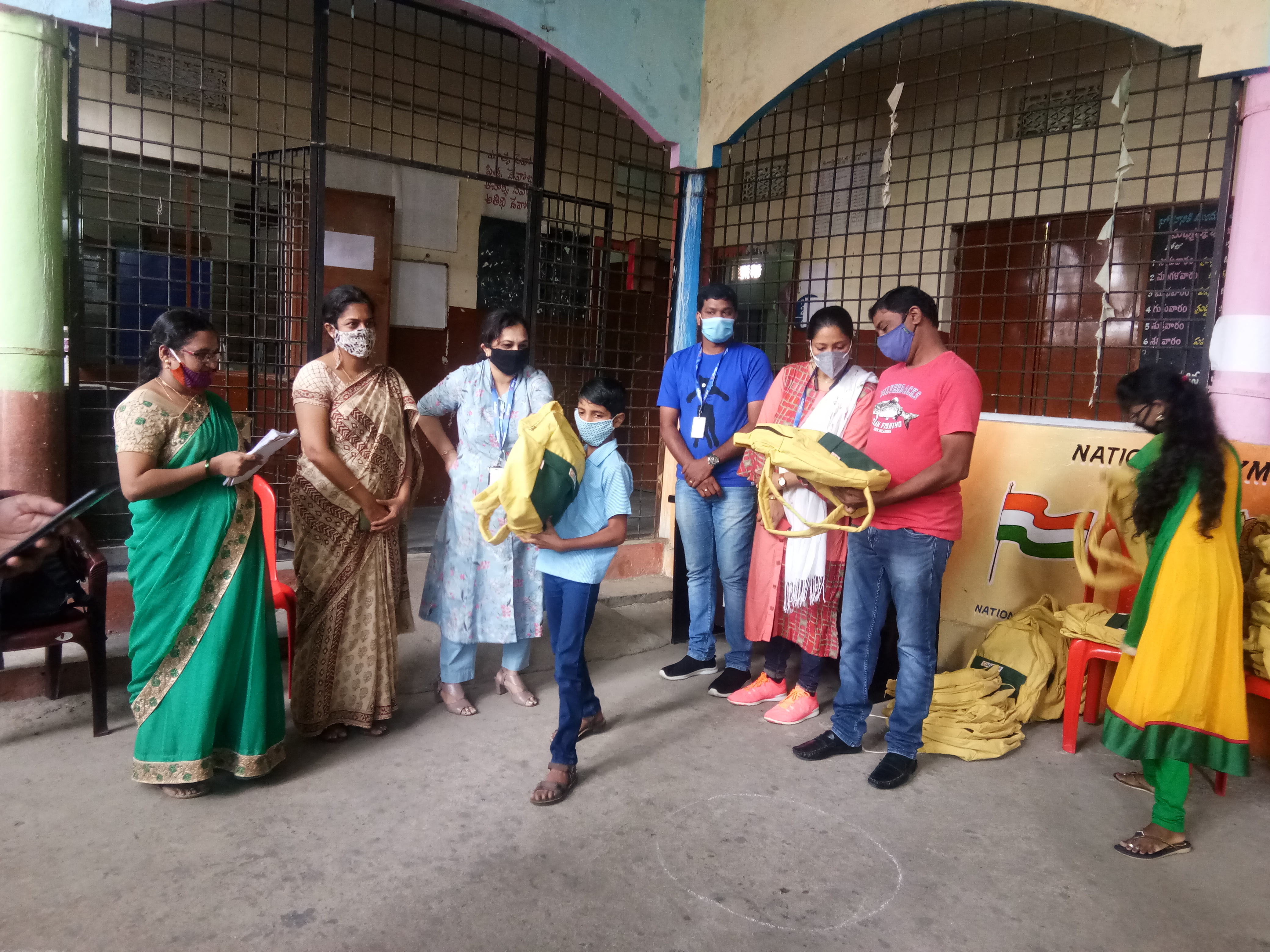